Baths tend to be positioned hard against the wall in the bathroom. But if you want a statement tub, and don’t necessarily have the space in the bathroom, why not get creative with your thinking and find an alternative place to bathe?

Aston Matthews has the largest collection of new cast iron baths in the UK. As well as selling to the domestic market the company has supplied cast iron baths to boutique hotel chains Hotel du Vin and The Pig.

Hotel du Vin, Henley is located in a Victorian brewery. Rather than compete with the industrial architecture the designers worked with it, in one room placing a Brunel bath under a cast iron staircase and even adding baths to the outside balconies of the top floor suites. At Hotel du Vin Glasgow a handsome Brunel bath is beautifully framed in a large floor to ceiling bow window. And at the Pig Hotel near Bath, a traditional Rimini cast iron tub on ornate feet is given pride of place in the bedroom rather than the bathroom. Cast iron baths also look handsome in a warehouse setting. No need to redecorate, rough brickwork and a decorative chandelier will provide the perfect backdrop. 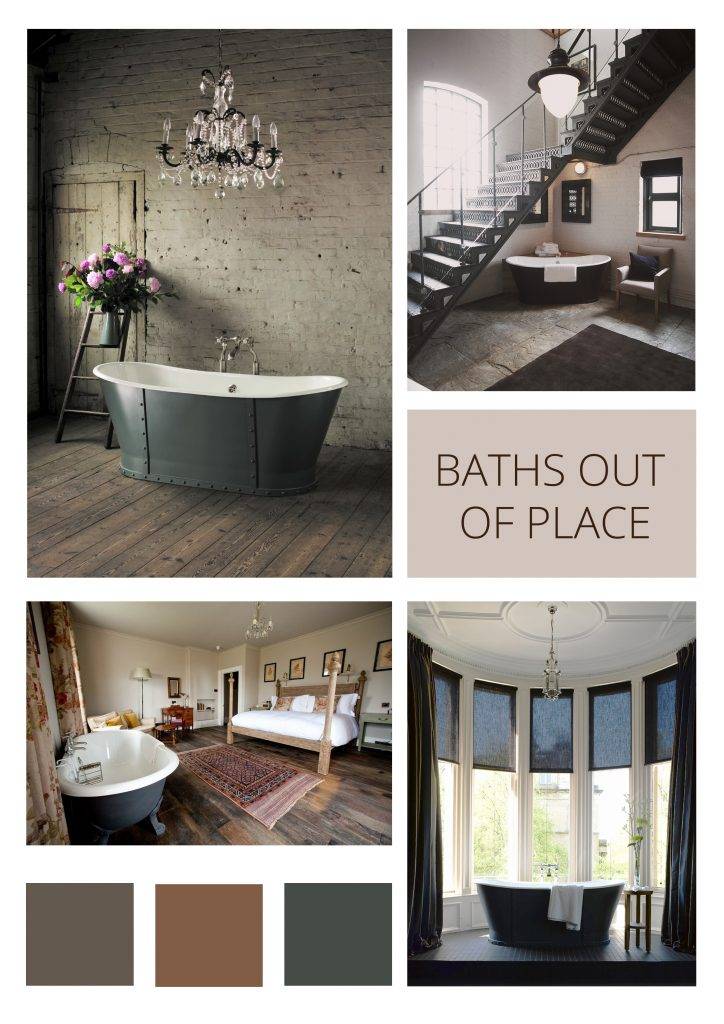